Aquaponics is a portmanteau term which combines the words ‘hydroponics’ – growing plants with water – and ‘aquaculture’ – raising fish and other aquatic species. All aquaponics systems combine the growing of leafy crops with the rearing of water-dwelling animals. As a food production system, aquaponics systems have various advantages over other methods and can be part of a sustainable solution to feeding the planet’s ever-growing population. There are a number of different systems that all come under the umbrella of aquaponics and aquaponics systems can vary greatly in scope and scale. 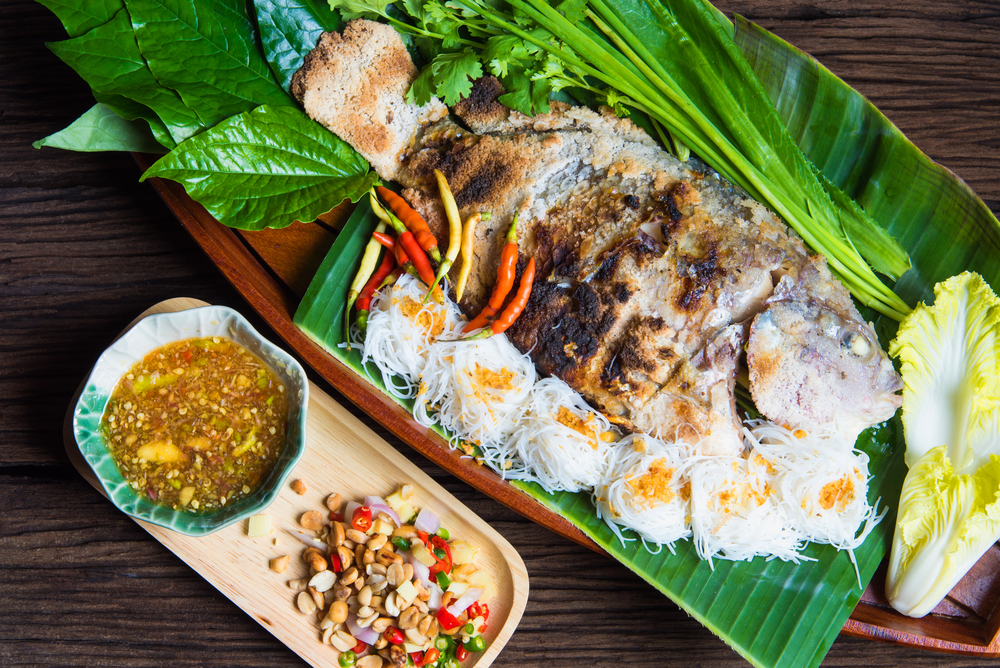 All aquaponics systems, however, will share certain characteristics in common, including the basic nutrient cycle which allowing the two food production systems to work holistically together. Speaking simply, aquaponics systems are low-waste systems. The excretions of the fish or other aquatic creatures being kept in a traditional aquaculture system will gradually build up over time, necessitating their removal to prevent the water environment of tanks from becoming toxic to their inhabitants. In aquaponics, the excrement laden water is fed to a hydroponic system. Bacteria will break down the waste in the water into nitrates, which can provide nutrition to plants whose roots dangle into the water from the aquaculture tanks. This water, cleansed by the plants roots, can then be fed back into the tanks that it came from.

Aquaponics systems are used both in small, domestic settings and huge, commercial-scale endeavours around the world. While the systems can differ greatly, they do all share the three main live components – fish or other water creatures, plant life and the bacteria that allow for the conversion of ammonia in waste to nutritional nitrates that can be made use of by the plants. Some systems also have additional living components, such as worms, or larvae bred to feed the fish or other sea creatures.

Though different aquaponics systems will operate somewhat differently, the following components are usually required: firstly, a tank in which to rear the fish or other water creatures, a settling basin which will catch uneaten food and larger particulates that cannot be filtered out by plants, a biofilter where nitrification bacteria can grow, the hydroponics section where plant growth and plant water-filtering occurs and a sump, to and from which water is pumped en route back to the rearing tanks. In rudimentary aquaponics systems, some of the above components may be combined and the system can also be more complex in more advanced systems.

The living components in an aquaponics system will also require water (or course), light and oxygen and any such systems must take all environmental needs into account – including the temperature and control of pests and disease. A well designed aquaponics system can minimise the use of polluting energy sources, water and land and can create a system run on renewables which is far more sustainable than many other forms of food production.

Interested in growing plants while watching your fish grow at the same time! We have compiled the best at home water garden in one place to make the comparison process fast and easy.

Water gardens opperate off of either Aquaponics or Hydroponics. One operates from the nutrition of fish with the other operates from nutrition added by the gardener. Both systems are easy to use and are great from growing leafy greens, herbs and more. They can be an excellent introduction into the principles of how larger system can operate.

Back to the Roots Water Garden Fish Tank 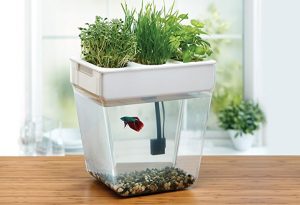 The Back to the Roots Water Garden Fish Tank is currently the highest ranked desktop water garden that allows you to watch your fish grow at the same time the plants are growing right above them. 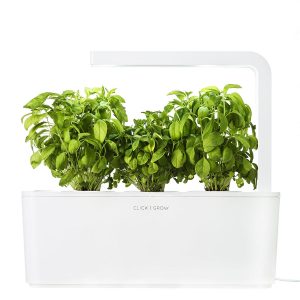 The Click & Grow Indoor Smart Fresh Herb Garden Kit was founded off of Kickstarter with overwhelming popularity receiving over 830% of their asked funding. Since than they have delivered on their promise of an easy to use desktop garden. This kit uses Hydroponic grow methods, so you won’t have any fish to watch grow just the yummy plants.

The AquaSprouts Garden provides the greatest robustness and growing area of any system however it is not as streamline as the above water gardens. The AquaSprouts Garden requires the user to purchase an 10 gallon aquarium or use an existing one. However the durability we see in this system coupled with the light bar, pump and timer this sytem makes it into our top 3.

We hope that this list of the top 3 water gardens have brought insights into best features to look for and a system that fits your needs. Happy Gardening!